Share a memory
Obituary & Services
Tribute Wall
Read more about the life story of Thaddeus A. and share your memory.

A man of deep Roman Catholic faith, Dr. Figlock was a communicant of St. Andrew the Apostle Church in Taunton, previously the Parish of St. Joseph, and Holy Rosary Parish in Taunton, often a presence at daily Mass. Devoted to the Blessed Mother from his earliest days, he prayed the Rosary often and wore a Miraculous Medal. A commitment to the Corporal and Spiritual Works of Mercy guided his personal and professional life. Wherever he travelled, part of the journey was to find a church with a story to tell. In his retirement, he shared his faith with youngsters at CCD classes at both parishes; for years, he did physicals at his office for children attending the St. Vincent DePaul Summer Camp and played Santa at St. Mary’s Primary School. He was a lifelong member of the Knights of Columbus and a founding member of Birthright of Greater Taunton, along with his wife Mary Ellen and their friends Kay and Norman Poirier.

Truly a life-long learner, Ted was an intellectually curious man who enjoyed nothing more than to strike up a conversation with anyone and everyone to learn what they had in common and what he could learn from them. He was a familiar face at the public library wherever he lived, searching for ideas and information. He promoted education as one of the greatest opportunities in life and encouraged everyone he knew to keep learning always.

Born in Hudson Township, PA to Thaddeus S. and Emily (Mondzelewski) Figlock, Dr. Figlock grew up in Bridgeport, CT and was a graduate of both Fairfield Preparatory High School and Fairfield University, where he was inspired by Jesuit ideals. He was a member of science and German clubs, writing for and editing their newspapers. He played clarinet and saxophone in a band, Bob Guman and the Rhythm Masters.

He graduated from New York Medical College-Flower and Fifth Avenue Hospitals, New York City, NY and interned at St. Vincent’s Hospital in Bridgeport, CT, completing a residency in gynecology at New York Polyclinic Medical School and Hospital. He earned Board Certifications in Obstetrics and Gynecology as well as Quality Assurance and Utilization and Review.

Prior to arriving in Taunton, Dr. Figlock served nearly 10 years in the United States Army. Drafted in 1962 as part of the Berry Plan or Doctor’s Draft, he served at the Office of the Army Surgeon General, Preventive Medicine Branch, Occupational Health Division as an assistant for Occupational Health and Toxicology. After the assassination of JFK, he returned to medical practice, completing residencies in general surgery at Dewitt Army Hospital, Fort Belvoir, VA and Walter Reed General Hospital, Washington DC.

After military service, Dr. Figlock moved to Taunton in 1971, joining Church Green Medical Associates. In 1972, he began a private practice in obstetrics, gynecology, and infertility. An attending physician at Morton Hospital from 1971-2003, he had been Chief of the Medical Staff and Chief of the OB-GYN Department and member of both disaster and utilization committees. He loved practicing medicine and caring for the many patients he treated over his lifetime. He was a member of the Massachusetts Medical Society, the American Medical Society of Vienna (Austria), and the Interamerican College of Physicians and Surgeons.

After retiring, Dr. Figlock worked for Department of Defense Military Entrance Processing Station [MEPS] in Boston and at Department of Veterans Affairs, VA Boston Healthcare System, Jamaica Plain, as a medical examiner for compensation and pensions.

A long-time amateur radio operator, Ted was known as W1HGY, more recently W1JMJ, now Silent Keys. In 1998, he co-founded the St. Maxmillian Kolbe Radio Net with Lloyd Roach to commemorate the life and martyrdom of St. Maximillian Kolbe, SP3RN. He held an Extra Class License and was an active member of the Pilgrim Amateur Wireless Club and Medical Amateur Radio Council [MARCO]. Ted also suggested and organized several Net "Field Trips" to shrines in the Northeast, the last being to Our Lady of Czestochowa in Bucks County, PA. He talked to hams on five continents, making lifelong friends he had never seen, only heard on air.

Ted enjoyed travelling with Mary Ellen, especially to New Orleans, St. Thomas on Magens Bay, Hawaii, and wherever a cruise might take them. He loved going to his children and grandchildren’s performances and graduations, weddings, and celebrations—especially saying grace with his family around the table before a holiday feast—and telling stories of his many adventures.

Great-nephews Jack and Liam Lambie; great-niece, Lila Cournot. He was predeceased by his brothers-in-law, Joseph and Kenneth Hull.

Calling Hours will be held on Thursday, January 26, 2023 from 4-7 p.m. at from Crapo-Hathaway Funeral Home at 350 Somerset Avenue, Taunton.

A Mass of Christian Burial will be held at 10 a.m. Friday, January 27, 2023 at Saint Andrew the Apostle Church, Kilmer Avenue, Taunton. Relatives and friends are invited to attend DIRECTLY TO THE CHURCH. There is an elevator at the side entrance for handicapped access.

A private burial will follow at the Massachusetts National Cemetery in Bourne.

To send flowers to the family or plant a tree in memory of Thaddeus A. Figlock, M.D., please visit our floral store. 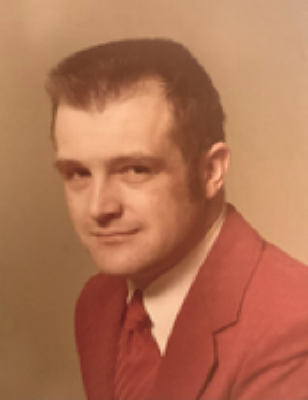 Look inside to read what others
have shared
Family and friends are coming together online to create a special keepsake. Every memory left on the online obituary will be automatically included in the book.

A Charity of Ones Choice